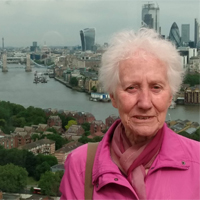 Sheila Taylor is a life-long social activist who recently got involved with a major national infrastructure project. She runs a resident association in south-east London, where she has lived for the past 21 years.

As a social activist running a residents’ association in south London, I recently got involved with a major national infrastructure project. Naïvely, I imagined that my lifelong experience could be useful in promoting mutual understanding and helping residents. But after five years of frustration and total impotence I’ve now given up in despair.

One problem was the developers’ ignorance of local demographics. Those residents closest to the site were largely ethnic minority, whose first language was not English. Many households were headed by women unused to coping with bureaucratic documents. The proffered system of mitigation and compensation could only be negotiated by people with a high level of education and a strong sense of self-confidence and entitlement. Most locals were powerless.

Sadly, the staff appointed for community liaison showed no empathy and no inclination to encourage applications for help. The company should ideally have come onsite at an early stage, got to know people personally, and devised policies to suit individual circumstances. Instead they presented an impenetrable, pre-determined package.

The fundamental question emerged: Who is responsible for the impact a development will have on the community? By chance we learnt that an NHS Trust had done a Mental Well-being Impact Assessment of the area profile. It found that this site lay in the 20% most deprived areas nationally, and it recommended that a full MWIA should be undertaken if the site were to be used. This was never done. The developer claimed the council should have done it; the council claimed the developer should have.

A group of residents who were vulnerable – physically, mentally and socially – were subjected to extremely high levels of stress, not knowing what would be happening to them. They were unaware of and/or unable to handle official procedures, mistrustful of authority, fearful of revealing medical information, suspicious of lack of openness, resentful of unfairness. Lack of control added to their distress.

In an attempt to improve communication, I volunteered several times to put public information documents into plain English, but the offer was never taken up. One day I discovered that each document had to be signed off by six members of staff, so obviously no amateur had any chance of being allowed into the legalistic chain.

Admittedly the developers set up a community liaison group, but anyone who envisaged a civilised exchange of views was rapidly disillusioned. There were packed meetings where bewildered engineers were shouted down by residents furious about noise, pollution and the disruption of their peaceful environment. A code of conduct was produced, ignored by participants and never imposed by the organisers. The tyranny of mob rule alienated the majority, and participation dwindled. Monthly meetings became quarterly, with a dozen highly-paid experts waiting in an empty room for a handful of residents to turn up. As usual negative voices had drowned out the positive, to the detriment of a whole community.

And it proved impossible to change the system. At meetings the developers set the agenda, no time was allowed for items raised by residents, questions could rarely be answered on the spot, decisions always had to be referred to others, and minutes were so detailed that no normal person would ever read them. The documentary evidence appeared to show a well-functioning system of community involvement. The reality was a total disconnect between theory and practice.

By creating an apparently perfect machine, professionals don’t have to admit to any human failure. Both developers and council covered their backs; they couldn’t be sued (a formal complaint was rejected by the Ombudsman). In law there exists no duty of care for the community, so no individual or organisation could be accused of negligence. Nor did they consider themselves to be negligent. The situation could only be described as ‘corporate indifference’.

Surprisingly the one person to show genuine sympathy for residents was the developers’ Chief Executive. He attended two meetings, listened with sensitivity and respect, and responded to people’s concerns by agreeing a fair and transparent system of mitigation for the noisiest period of the work. He was the only one with the power to bend the rules, but he had a bigger job to do.

I acknowledge the difficulties: Developers are constrained by commercial competition, profit-margins, shareholder obligations. They are not a social service. But then, what is meant by 'corporate social responsibility'? If Grosvenor’s community charter is going to make any difference, it must prompt developers to tackle this issue. Please!