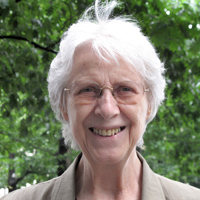 Eileen Conn is coordinator of Peckham Vision and active as a resident in community groups in planning at neighbourhood, borough and London levels. She was awarded the MBE in 2009 for services to the community, and included by The Planner in their list of ‘Women of Influence 2020’ for her pioneering contribution to community engagement in the planning process.

One day in the summer of 2005, I ventured into a passage off Rye Lane in the middle of Peckham town centre. I live 10 minutes walk away. I went to find out about a large site in the borough development plan which was at the time subject to public hearings. The site was designated for total demolition and redevelopment.

I discovered a place full of large sturdy Victorian era industrial buildings, home to a wide range of businesses from artists, to churches, to furniture makers, to town centre warehouses, a DIY and builders' merchants, and many other activities.  An active place with much small and micro economic life all overlooked or dismissed by the planners, consultants and developers except as a site needing ‘regeneration’.

That gap between reality and ‘regeneration’ sparked off a local campaign under the banner ‘Peckham Vision’. The ‘vision’ was and is based on reality and how places fit together and cannot be simply separated out as ‘sites’.

A few years later having won that battle we were plunged into another across the road around Peckham Rye station. Network Rail and Southwark Council published plans for vacant possession of about 60 small and micro businesses that had taken root in the arches and buildings around the station. But they were to be removed to build 5-7 storey blocks of flats out of scale with the Conservation Area. This was for ‘regeneration’. Yet the place had been self regenerating for several years becoming a vibrant part of the emerging local leisure and entertainment economy.  The local community once again had to fight a hard campaign to point this out and win the battle.

These experiences are sadly too frequent where development and ‘regeneration’ descend on neighbourhoods. It is because it is outside-in development, instead of inside-out starting from what is there – eg the buildings, spaces, people, uses, and their potential. That is information and local knowledge that is essential, but missing from much redevelopment, whether it is housing, or businesses or a mix of both. Trust cannot be recovered, nor can there be good planning and development, without bringing in this missing local knowledge before any redevelopment begins.

Only a small shift is needed to begin to turn outside-in development to inside-out. All development should start with the facts! Just a standard baseline recorded before anything starts to change it. But it has to be an accurate facts baseline. The only way to get that is to record it and agree it by working with those who know the place intimately – owners, lease holders and tenants, users of the activities, nearby places, local people affected by the activities, and the social infrastructure holding them all together.

Neighbourhoods are not just physical places to be redeveloped, they are a living system made up of people in places. This living system of multiple interactions is forever present, alongside the macro world of corporate organisations which are the big beasts in the human social eco-system.[1] The community system is visible usually only in the micro world of people interactions which is its life blood and nervous system. It becomes visible to the macro world when it is disturbed, like rolling over a stone from the soil and seeing the teeming life revealed. The current public health emergency is such a disturbance revealing the community capacity to create new forms and processes like Mutual Aid groups and similar everywhere like an immune system defending its organism.

When development descends on neighbourhoods as an outside-in force, the organism will attempt to defend itself. How much better it will be if we can shift to inside-out development and start from a mutually agreed fact based audit of the baseline of the living neighbourhood. Let us make this part of the new normal as we emerge from the public health emergency. I hope that Grosvenor’s new Community Charter will be a means to begin to establish fact-based audits and inside-out development as part of that new normal.

[1] The dynamics of these two social systems are described and explained in my paper ‘community engagement in the social eco-system dance’ :  https://bit.ly/2yIoS7b