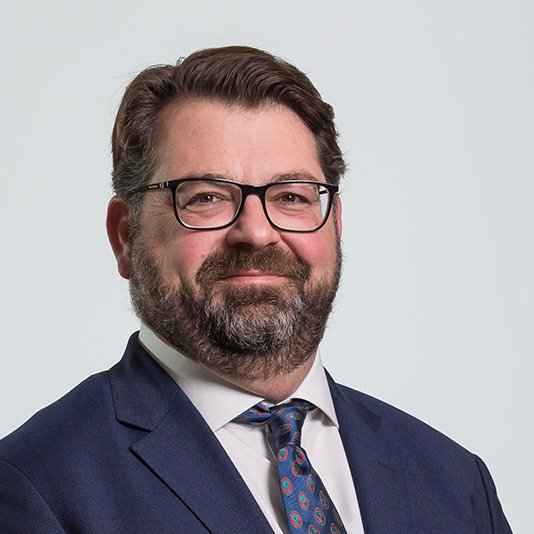 For 300 years we’ve been pioneering new ways of thinking about property. Today we’re focused on redefining the relationship between landlords, tenants and communities, based on a model of mutual success, and putting the environment at the heart of every decision we make.

James has overall responsibility for the Grosvenor Property UK business, which owns and manages the London Estate in Mayfair and Belgravia, and a range of new developments including a 1500 home build to rent site in Bermondsey, Liverpool ONE shopping centre and a number of large scale new communities across the south east of England.

James joined Grosvenor’s Paris team in 2004, where he led Grosvenor's international fund management activity. He was then appointed Chief Executive of Grosvenor Europe in 2013. Before Grosvenor, James was the Senior Director of European Real Estate at Royal Bank of Scotland in Paris and a Non-Executive Director of Nordisk Renting in Sweden.

James is a Board member of INREV and the Westminster Property Association and sits on the BPF’s Policy Committee. He was educated at the Universities of Greenwich and Lille, France.